Where to find 'Select' ?

Last updated on 3 months ago
Sort By: Oldest
Track threadPrint 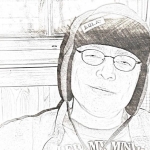 I have been looking for the word 'Select' in all the Danish locale files - without luck :(

Could someone point out where to find it ?

It's not in PHP Fusion.

Perhaps 2 locale, 1, $locale="Select" 2, $locale="fil" ?
Select should be from JS or something connected to Dynamics while the "fil" is already translated somewhere.

thanx for the finding ;)

I've run into a kind of catch 22 situation here regarding the screen presentation of this translation :(

the Danish letter æ is viewed as &aelig;

as you can see in the code box below it must be written as &aelig; and I have checked that I save the file in UTF-8 encoding.

How can I solve this?

with that the button locale value is

the problem is that I want the Danish character æ to be displayed as æ and not as &aelig;

Make sure it is saved as UTF8 - No Bom, that could do the trick.

I've saved the file with TextEdit and updated it on my localhost - no thumbs up
helmuth attached the following file:
utf-8-dom-2.png [29.01kB / 135 Downloads]

All Github files are saved under - UTF-8 (no-bom) & LF format by default, a convention between developers working at the repository.

For text wranger, there is a version 3.5 stating in their software update:

The following UI changes have been made to text encoding selection:

The text encodings menu (as used in the status bar, preferences, and other locations) has been rearranged so that the most commonly used Unicode variants (UTF-8 and UTF-16-BE+BOM) are at the top of the menu, with a separator between them and the rest.

I did not find the image, you have to fiddle around the software.

I can see that the problem still exists - I just installed a clean version on my local host
helmuth attached the following image:

It seems to be in your translation file, https://github.com/php-fusion/locales.../da.js#L30

All the others are shown correctly - except this one ?!?