Need help repairing and getting a site up to date

Last updated on 14 days ago
Sort By: Oldest
Track threadPrint

I have an old site stuck in an upgrade loop I have not been able to fix for over a year.  It is a very old site that started of with version PF 5 and has been continously upgraded with each major release up to 7.02.7 and when getting to 8 and 9 I was just not able to get everything to work. To many things are new and while there is little or no custom code some vital things are broken, unable to get downloads up and running, keeping the fie paths and keeping the statistics which is essential to the site. It is also a bit crappy in regards to layout, but that is another matter.

In order to get this fixed I am willing to give out full access to the site and also willing to pay a preliminary amount of 100€, to be negotiated if BIG things are wrong. This, instead of starting from scratch, which would be my only remaining alternative, as far as I know.

Step one would be to indicate you are interested in helping with this by posting below, I can give more information as to what is wrong - mostly the migration from PHP 5 to PHP 7 caused several issue, but I can restore the original site with PHP 5.4 and one might start off from there, or maybe there is only a couple of DB scripts that are needed to fix it. Just need to know that someone is interested in doing this first. As mentioned, most of the site is working, work is needed, but Downloads is a priority.
Edited by Homdax on 01-01-2021 10:55, 16 days ago

I.M.O. The only thing the update scripts are doing is change the database structure/contents for adaption to the new code.  So My guess is there must be something wrong with the database. Important to know is at which point the update process gets stuck. Once the tables are faulty, every following update will make it worse

That may be so Douwe, but I have a working sql backup from a working 7.03 site and there were no errors in that version that I am aware of.

If I recall correclty the downloads "infusion" is also completely rewritten and its implementation uses other file paths causing additional issue.
Edited by Homdax on 02-01-2021 09:45, 15 days ago

Heya R!
Happy new year!
Everyone with Gold Hosting or better Pack here will have free Support/Fixing services included from us. Very easy for us to work on our servers with such things.

So in order to help me fix it you would first have me move to your hosting?  Even if I would pay for the fix?
Allow me a couple of questions then: do you hosting support mutliple account with different versions of PHP between them, and even on site/domain level?
Is the host in Sweden/EU and the Data - all the data - stored ONLY on location in Seden/EU? I will not use any other hosting. haven't for years and will not start now.

Hi Richard, the available server is located in Netherlands, EU, and is running PHP 7.

do you hosting support mutliple account with different versions of PHP between them, and even on site/domain level?

We decided to ditch that feature due to security reasons.

Even if I would pay for the fix?

I am not up for the task unless I haveto, even with pay.  But we do offer it to all Hosting clients, Only honest to let you know that if you Hosted with us. I would have no choice

Yes, DataCenter in Netherlands to be more specific. With domains the data is handled by DirectII - LB.

Ah cPanel, sorry, way to complex for me

Ive made it simple for most actions and interactions. ( See screen ), simplefied login from here and quick shortcuts.
We also have a quite decent FaQ for it cPanel FaQ
Edited by Falk on 02-01-2021 16:27, 14 days ago
Falk attached the following image: 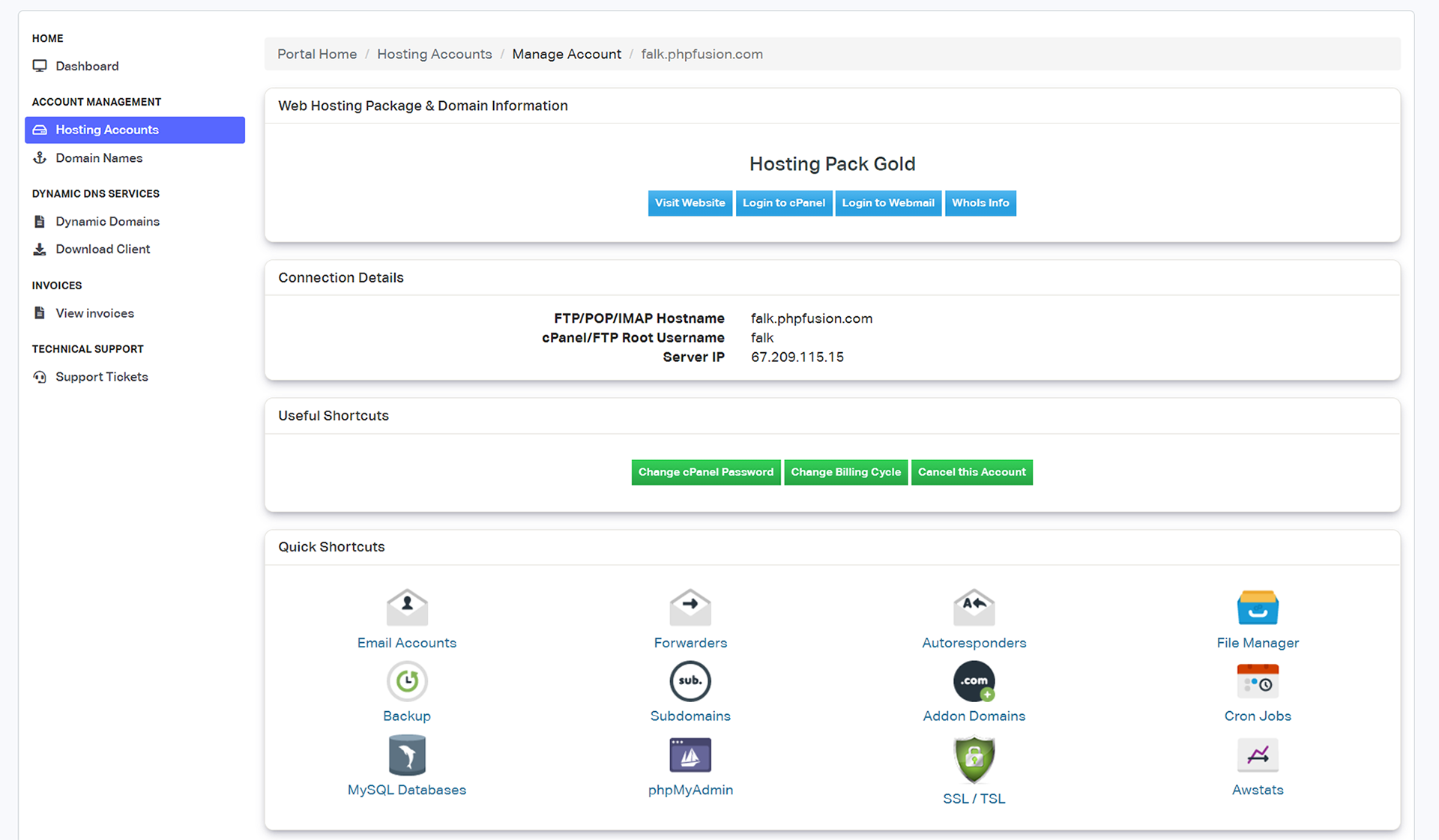 @Chan
since when do you almost look like RL me?

Hope you are well...

@Falk
, I get that, I was not after you to do anything,  we have other coders or people working a whole lote more in 9 than I am.... Sure I could host with you, but how would you fix a site built for PHP 5.4, upgraded with some issues to PHP 7.4 PF 9,, and - partly - not in a good state as it is. I can provide that environment for anyone taking the bait on my current hosting.

What do you want me to do, sign up for a Gold and thus, kinda, force you to help me fix my site in a new'ish environment for me? Sure, I could do it, but it is not what I had in mind... does not seem fair.

Maybe I  can help you.

So I can set up a test enviroment to install the old versions of your site.

I can help with the upgrade next month. As you suggested for 100 €.
Latest v9, fixed theme, infusions (not all, only few important for you ) and of course support for latest PHP 8.

I know you, RobiNN, works a lot with the themes and if you throw in that additional item in to the equation - and Downloads Infusion - I suspect there is not a lot to fix and maybe I can squeeze you for some theme related things for a better overall look.

As I said a lot of the site works but the main hurdle is the Downloads. You also been involved in some troubleshooting some time ago on Discord. Yeah, it is still www.homeworldaccess.net ... :|

Next month as in when more specifically...? Don't need an exact date but would be good with a week approximation... might have to plan some work days in my office and must be done in advance...